​​Longtime friends, Jason Ferg and Marcus Fitzgerald (aka Truth) teamed up to create a much needed piece of Hip Hop nostalgia. The track craftily embodies the vibe of the early 90s. They wanted to offer music lovers an upbeat and happy escape from the slowed-down tempo of quarantine. It's a fun song that shares perspectives and experiences they had while growing up on Chicago's Westside during that time period, to include the pivotal role Girbaud jeans played in their world o 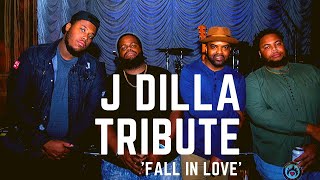 Jason Ferg and Awdiv Band have been rocking stages and captivating audiences across the Los Angeles area over the past few years. By popular demand, they have finally teamed up to host their very own set at Saint Rocke in Hermosa Beach. Join them and special guest artists on January 15th for their first run of 'South Bay Love'. Bring all the friends. For additional information and tickets: https://www.saintrocke.com/event/10233815/south-bay-love-live-music-chill-with-jason-fe 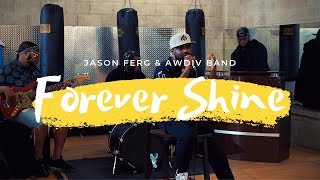 When Jason Ferg read an email he received from a good friend stating that NPR was inviting artists/bands to submit videos for its 2019 Tiny Desk Contest, he immediately reached out to AWDIV Band and NOYZ to put a plan in place. The team then contacted Master Instructor Shawn Stallworth at Panther Martial Arts & Family Fitness in Hollywood to see when their space was available for rent. Long story short, all the pieces came together in divine order. The following video was mad

As an independent artist, Jason Ferg enjoys the freedom of creating music that is inspired by and true to his real-life experiences, perspectives, and convictions without the often compromising demands of the "big machine" aka the traditional, commercial record label. No dis to the big machine. It exists to make money. While he certainly doesn't mind reaping a financial harvest from his music, that's not the reason he is here. Jason Ferg Music exists to make a difference. Jas

Jason Ferg is grateful to have had the opportunity to perform live during the 2nd annual South Bay Festival of the Arts. Huge thank you to the Torrance Cultural Arts Foundation for the invitation and to the Daily Breeze for the press mention. Check out the full article here. #music #livemusic #press #torrance #southbay #festival #dailybreeze #article